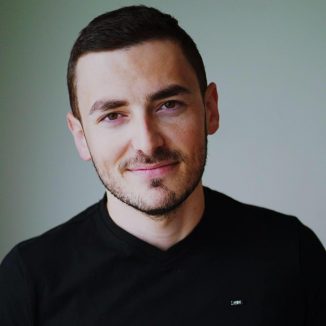 After reading Rich Dad Poor Dad and the 4-Hour Work Week Igor Kheifets became fascinated with the idea of making passive income online. After buying many courses, he learned the secret to massive passive earnings lies in one's ability to get automated traffic. Since then Igor's invested himself in mastering traffic generation.

Following several unsuccessful attempts at driving free traffic, Igor dove into paid traffic generation techniques where he almost always bumped into the same problems. Either he couldn't afford the cost or the traffic didn't convert well enough to be sustainable. Through trial and error, after losing hundreds of thousands of dollars on traffic experiments, Igor finally discovered one traffic that worked... and continues to work really well for him and his students.

Igor has become top Ambassador affiliate and continues to produce sales every single day thanks to using an automated traffic source. During the upcoming live training he's going to reveal his secret traffic source to you.

ONLY 300 SEATS AVAILABLE IN THE LIVE TRAINING CLASSROOM. DON'T BE LATE!

No Product Found On Your Cart

For checkout please add minimum one product on your cart.
Continue To Shop